‘Debt vultures’ in the spotlight 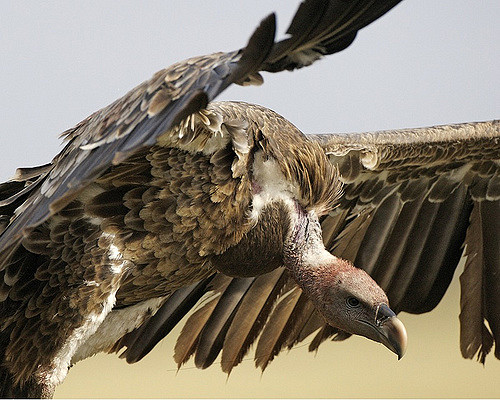 Australians live with over $1 trillion in personal debt, according to recent data from the Reserve Bank of Australia. That’s a staggering figure that should have economists, legislators and regulators concerned for the potential consequences, but for some businesses, this is seen as their best opportunity yet.

The reality is that they offer very expensive versions of services that can be obtained for free, or promise things they ultimately can’t deliver. These are among the findings of a report released this month by the corporate cop, the Australian Securities and Investments Commission (ASIC).

Many Australians live daily with financial stress. Unfortunately for them, it can be near impossible to discern between marketing puffery and what debt management firms can actually deliver. Vulnerable people, who want to believe their debt stresses can be easily fixed, are easy prey to slick advertising and claims of financial freedom and security.

Beneath those claims are practices that seek profit ahead of client outcomes. Exorbitant fees, often in the thousands of dollars, are usually payable up front. Internet marketing and phone-based sales facilitate high pressure sales tactics. Government-funded free and independent financial counselling services, a much safer alternative for those with financial difficulties, can’t possibly contend with the marketing dollars which is putting these predatory businesses front and centre.

Where banks and financial services providers are regulated to protect Australians from exploitation, these businesses are not required to be licensed and operate in a twilight zone.  In its recent report, ASIC stated that lack of regulation meant that they couldn’t even estimate the true size and impact of the industry. However, just googling the term “get me out of debt” demonstrates the extent of business activity focused on profiting from those in debt.

ASIC’s report was no great surprise to consumer lawyers and financial counsellors who’ve been helping Australians take action against these businesses. In 2012, Consumer Action Law Centre published a report looking at the advertising claims of businesses offering debt agreements and found a raft of exaggerated claims about what a debt agreement can achieve for people (think “financial freedom”), dangerously incorrect information about bankruptcy and an absence of information about suitability and fees. ASIC’s report suggests this is an industry-wide problem.

The problem is clear – absence of rules means the predators thrive at the expense of the vulnerable. One community legal centre recently helped a client get a refund of almost $1,100 from a credit repair agency, a business that promises to “fix” your credit file. Having previously defaulted on loans, he became concerned about a loan he applied for that was rejected. After going online for help, he contacted this credit repair agency who readily took him on as a client – and found there was no listing on his credit file.

Instead of advising him that a sensible first course of action would be to apply for the free credit report he is entitled to, they happily charged him a fee – even when there was no credit default for them to “fix”.

People in severe financial distress are being actively targeted. There are publicly available lists of people sued for debts but who don’t attend court to defend themselves, resulting in default judgments in favour of the creditors. Debt management firms commonly obtain these lists and use them to target their marketing.  One debtor we spoke to received 15 letters in a week after having a default judgment entered against them.

Ombudsman schemes are also being flooded with requests for reviews of credit listings, driven by credit repair companies who give consumers pro forma templates to challenge listings – even where the listing is correct.  This takes up resources that would otherwise be available for legitimate disputes and undermines industry support for the free, independent dispute resolution options that have served Australians very well to date.

Debt vultures are flourishing in a regulatory void. They must be bound by the same standards and consumer protections as the rest of the financial services sector.  Failure to regulate these businesses will do nothing to help Australians drowning in $1 trillion of personal debt, and when things go bad, it’s the community sector, and taxpayers, that pick up the tab.

The above piece is available for commercial use through a Creative Commons license. For any further enquiries contact Media and Communications Officer Jonathan Brown – 0413 299 567 or media@consumeraction.org.au

‘Debt vultures’ in the spotlight by Gerard Brody and Kat Lane is licensed under a Creative Commons Attribution 4.0 International License.
Based on a work at http://consumeraction.org.au/debt-vultures-in-the-spotlight/.